GIS and Weather Studies – A Strategic Tool for Meteorological Analysis

Did you know that since 530 B.C; the weather has played a defining role in losing and winning wars? In 525 BC, the King of Persia sent a battalion of 50,000 men to conquer the oasis at Siwa in the Great Sand Sea of Egypt’s Western Desert. The entire Persian Army perished in the Desert Sandstorm. Prior availability of the weather map of the desert could have saved the entire army. [1]. 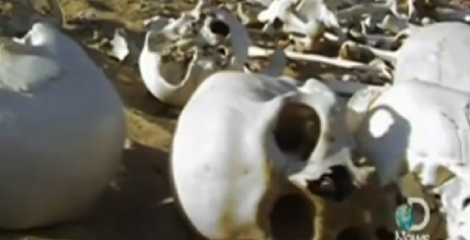 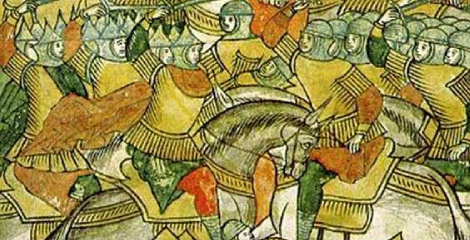 The significance of a weather map and the details of the terrain is once again reinstated by the Battle on the Ice. In 1242 AD the Teutonic Knights (Germany) were fighting with forces sent by Russian troops of Novgorod. They clashed atop the frozen Peipus Lake. 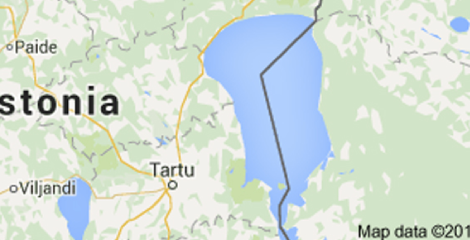 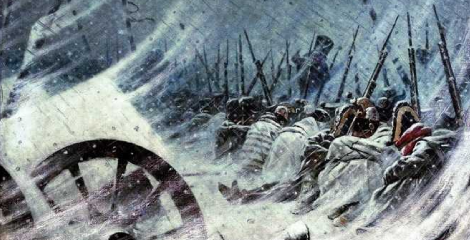 In1812 Napoleon picks a fight with General Winter. Like all great men, Napoleon scraped together a force of 500,000 men and started marching for Moscow. The Russians under General Kutuzov decided to retreat as the French advanced. Before Napoleon could reach Moscow, he was completely stripped of supplies. The Russian winter set in and his soldiers could not withstand it. The Russians virtually won the war by not fighting at all. Napoleon lost the war in the absence of the enemy’s weather map. It became the best missile applied by Russia to ward off the enemy [3].

In 1941, Hitler forgets what happened to Napoleon. Advanced planes and tanks grounded to a halt, with fuel and moving parts simply frozen. German winter uniforms just weren’t up to par against their Russian counterparts. German planners had failed to equip their troops for winter warfare. They failed to provide sufficient food and medicines [4]. The need of a weather map is once again emphasised in this defeat of Hitler. 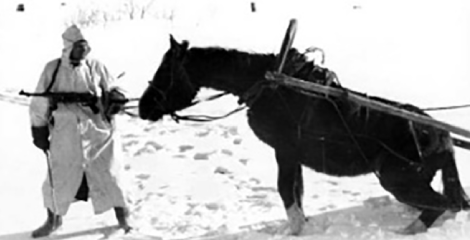 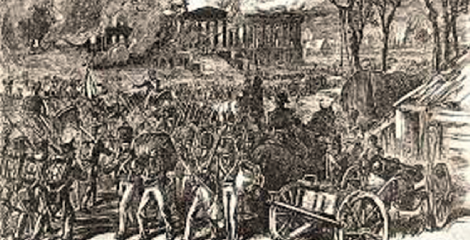 In 1814, the British sailed down to Washington and set it on fire. A tornado rudely interrupted the burning of Washington and killed more British soldiers with flying debris than the American resistance managed [6]. A weather forecast map could have been used to plan the timing of the attack by the Britishers.

History would have changed its course, if Napoleon had a weather map of Russia on a GIS platform; and if the British had a tornado forecast map of the USA in a GIS setup at hand showing the tornado heading to Washington. Maybe, the UK could have become a Super Power. The moral of these historic stories is ‘Know your weather before you take action’. Forewarned is Forearmed. A weather map with the value addition provided by the GIS platform giving details of terrain and landcover is the most advantageous.

And so, began the journey of studying weather, inventing instruments and sensors for measuring weather parameters and eventually weather forecasting. The age of instrumentation began in the 17th century and the first Hygrometer, measuring the extent of moisture in the atmosphere was built in Germany. In 1960, TIROS-1 the first weather satellite was launched by the Americans.

A GIS based web application showing weather maps or a forecast map with collateral inputs such as the size of the population, the type of landuse and landcover and the terrain conditions which would be impacted by the impending severe weather condition is today’s need. Such a web GIS based weather application would go a long way in helping authorities take better decisions. The best suited stage for such a holistic representation is an integrated GIS and Image processing platform like IGiS.

At the grass roots level this information has to be made available in a timely manner to the end user. The end user could be a fisherman going out at sea for fishing, a truck driver on the highway transporting goods, a tourist planning to visit the Himalayas, a farmer who has to decide when to cut the crop or the school going student who can avoid carrying the additional load of a raincoat.

With the flourishing of the 3G & 4G technologies and 5G knocking at our doors, we do have the wherewithal to provide all these weather predictions to the concerned user on their smart phones. That’s the road ahead. I should know the weather before I leave my home. The mashup of all the technologies involved, weather satellites, unmanned devices, super computers, GIS and Image Processing, Meteorological Science, 3G-4G-5G networks, smart phones with better capacities and forecasting systems with all outputs in a GIS based application, this should be a reality.

The Finance Minister Nirmala Sitharaman, in her Union Budget 2020-21 allocated Rs 3,100 crore to the Ministry of Environment. This shows the country’s drive to contribute to the local and global requirements of climatic and environmental studies.

Towards this, efforts were put at Scanpoint Geomatics Limited (SGL) to develop modules on the integrated image processing and GIS platform of IGiS to read the raw data and provide the visualisation as maps. It was named IGiS MetGIS Analyst.

SGL now plans to provide such information and other weather forecasts through a GIS based web application leading to a value added decision making tool.

INTRODUCTION As everyone knows, agriculture plays a vital role in India’s economy. Despite an increasingly urban population, agriculture and its related sectors remain the main source of livelihoods in rural....